I actually finished the table runner that I pieced at my retreat.  I really had problems quilting it, for a couple of reasons.  The first one was that I knew that I wanted to do grid quilting in the squares and I thought that I would sew around the inner border to stabilize it before beginning the grid quilting.  However, then I decided to use a decorative stitch in the inner border figuring that would work instead of a straight stitch in the ditch.  Wrong!  The fabric shifted slightly downward while I was stitching even though I had it pin basted.  I believe that the other reason that happened is because I was using my sewing machine on a different table then I usually do and there was not a flat surface in front of my needle.  The front of my machine curves downward in the front and my runner kept pulling down along with it.  I usually use a large sewing table that is flush with my machine not only with the side and back, but also the front.

After I did the inner border, even though it was pulled off some, I decided to do the grid quilting.  Now instead of straight stitches, I decided to experiment with a serpentine stitch.  I wanted soft curves to accentuate the florals of my patches.  That didn't go too bad, but I definitely wound up with that extra fullness towards the one end because of my first stitching incident.

Now my center was stitched and my poor borders just waved at me!  Oh my!  What could I do to tame them?!  I decide to do more decorative stitches.  A row close to the inner border and a row close to the outside edge of the border.  After I finished stitching, I actually hoped very much that this table runner would shrink when I washed it so that it would pucker up and take up some slack.  Guess what!  IT WORKED!

All in all it came out half decent despite my issues.  I am happy with it and it brightens up my room and makes me happy!

The moral of this story is never give up!  Maybe things really do quilt out! :-) 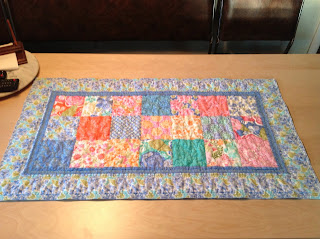 Table runner on my table. 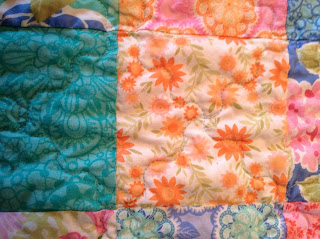 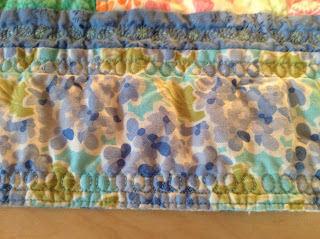 My Happy Place Row Along 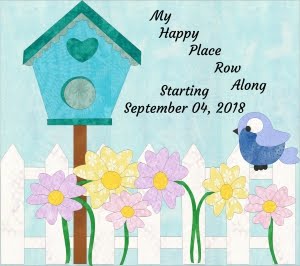 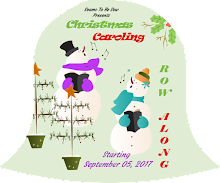 hapsew
Hamburg, PA, United States
My name is Jean Boyd and I owned the Happy Sewing Room for almost 23 years. I have now retired and am designing patterns which are now on Craftsy.